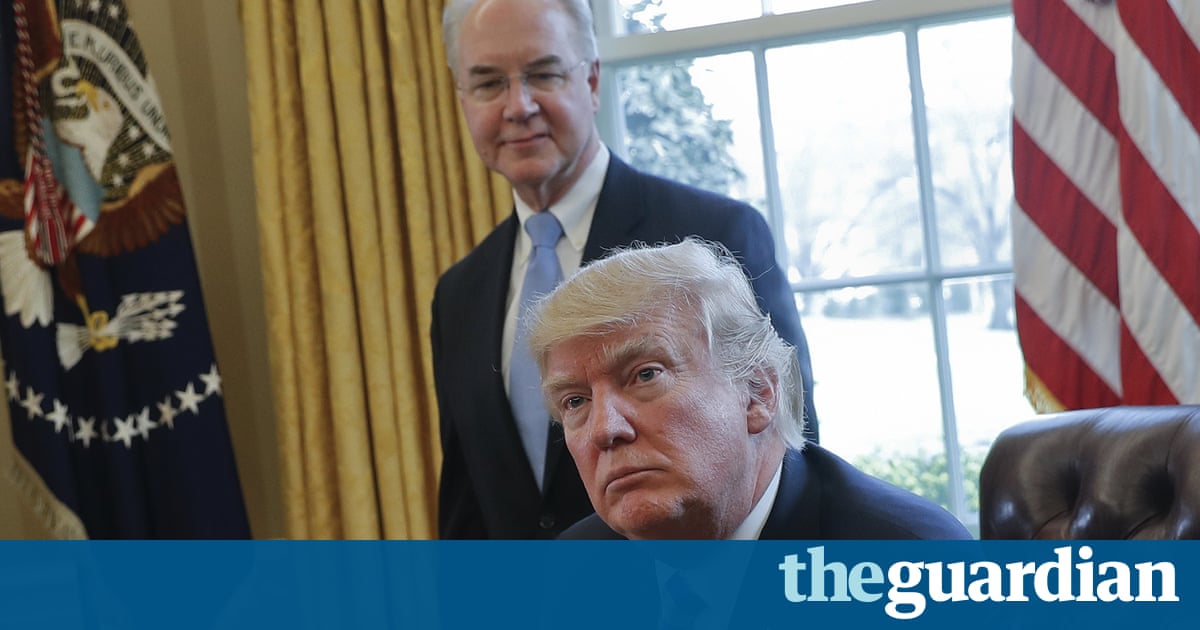 Donald Trump has said he is not happy with his health and human services secretary, Tom Price, following reports that Price used a private plane for official business.

Trump spoke to reporters on Wednesday as he departed the White House for a trip to Indianapolis to sell his tax plan.

Price said on Saturday he would stop flying private planes on official business while an internal review of the flights is being done. He has also said he welcomes the review.

Meanwhile a congressional committee is launching a wide-ranging examination of air travel by high-ranking Trump officials following the reports that Price used pricy charters when cheaper commercial flights were available.

The House oversight and government reform committee on Wednesday sent detailed records requests to the White House and 24 federal agencies.

Signed by the committees top Republican and Democrat, the requests demand information on political appointees use of government planes for personal travel, as well as their use of private charters for official travel.

Congressional investigators are asking for records dating back to President Donald Trumps first day in office.

Lawmakers are demanding records by 10 October.