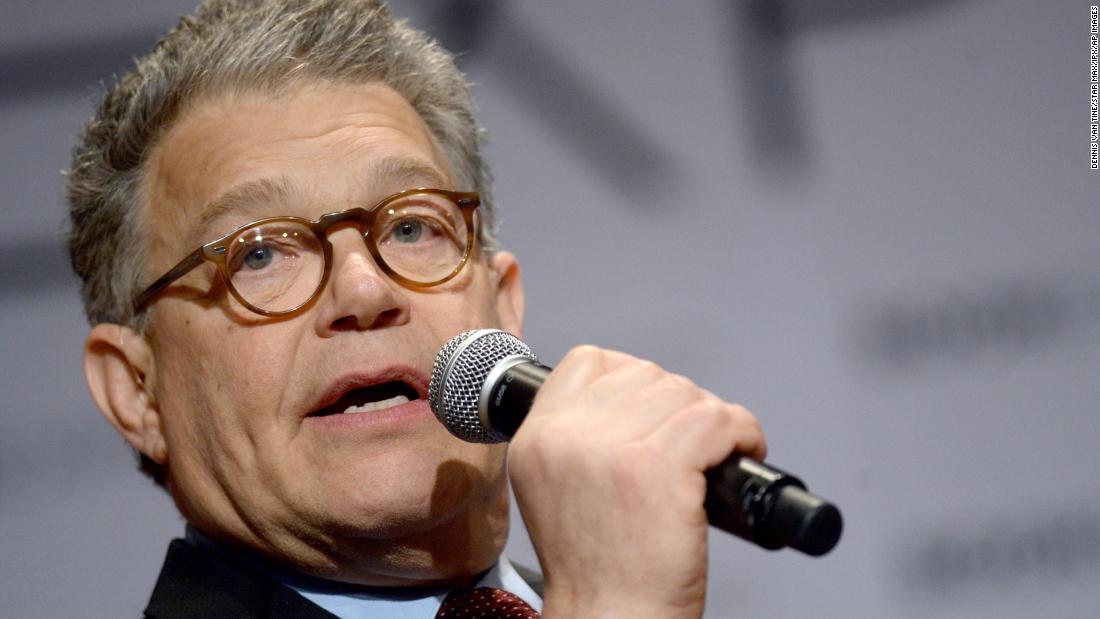 Washington (CNN)Sen. Al Franken said Sunday that he plans to return to the Senate on Monday and expressed embarrassment and shame after several women said he had touched them inappropriately.

“I’m embarrassed and ashamed. I’ve let a lot of people down, and I’m hoping I can make it up to them and gradually regain their trust,” the Minnesota Democrat said.
In an interview with the Minneapolis Star Tribune, Franken said he did not remember groping or inappropriately touching women.
“I don’t remember these photographs, I don’t,” Franken, who was elected to the Senate in 2008, told the newspaper. “This is not something I would intentionally do.”
The senator, who also conducted interviews with other state media outlets Sunday, told Minnesota Public Radio that he has not considered resigning and would cooperate with a Senate investigation into his conduct.
“The Ethics Committee is looking into all of this, and I will cooperate fully with it,” Franken said. “I know I have a lot of work to do to regain the trust of people I’ve let down.”
Leeann Tweeden, a morning news anchor at a Los Angeles radio station, said that Franken forcibly kissed and groped her during a 2006 United Service Organizations tour when Franken, a former “Saturday Night Live” writer and performer, still worked as a comedian. Tweeden posted a photo in which Franken appeared to grope her as she slept on a military plane. Franken has apologized to Tweeden.
A second woman, Lindsay Menz, told CNN that Franken grabbed her buttocks while the two posed for a photo at the Minnesota State Fair in the summer of 2010. Franken said that he did not remember taking the picture but added that he felt “badly” that Menz felt “disrespected.”
The Huffington Post last week reported that two additional women — who were not named in the article — alleged Franken touched them inappropriately during political events in 2007 and 2008.
Allegations against Franken come as the issues of sexual harassment and misconduct have captivated the nation, prompting the firings of men in politics, media, entertainment and sports.
Asked whether he expected more women to step forward with similar allegations of groping, Franken said in the interview with the Star Tribune that he certainly hoped not.
“If you had asked me two weeks ago, ‘Would any woman say I had treated her with disrespect?’ I would have said no,” he said. “So this just caught me by surprise. … I certainly hope not.”